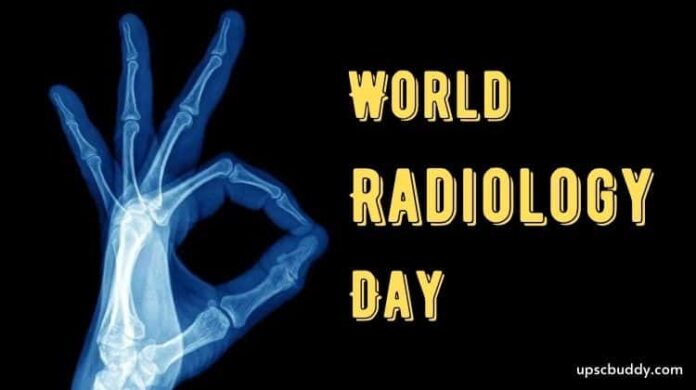 Sunday, November 8th , 2020 will commemorate World Radiography Day. This day marks the
anniversary of the discovery of X-rays in 1895. The purpose of this day is to raise awareness of
radiographic imaging and therapy, which play a crucial role in the diagnosis and the treatment of
patients and ultimately improving the quality of patient care.

According to the World Health Organization (WHO) in 1895, Professor Wilhelm Conrad
Roentgen was working with cathode rays using evacuated glass bulbs. He noted that when a
current passed across the bulb, a barium platino-cyanide screen fluoresced and furthermore he
noted the effect of the phenomenon on photographic plates. He termed this new discovery ‘X-
Rays’. He furthered that, with the use of these ‘X-Rays’ he was able to see through the body.
Within three months of Roentgen’s discovery, radiographs were generated in major cities.
This tool works within with the Radiology specialty of medicine in which images of the body’s
organs are interpreted in order to diagnose disease. Because of this it is also known as diagnostic
imaging, is a series of tests that take pictures or images of parts of the body.

The field encompasses two areas diagnostic radiology and interventional radiology, that both use
radiant energy to diagnose and treat diseases. While there are several different imaging exams,
some of the most common include x-ray, MRI, ultrasound, CT scan and PET scan.

The various imaging exams include; radiographs are X-rays to look at bones, the chest or the
abdomen, CT (Computed Tomography). A CT captures multiple x-ray angles of the patient using
a doughnut-shaped machine, then creates computer-processed images.

An ultrasound uses sound waves to create moving images that display on a monitor, commonly
used for echocardiograms and examining the womb during pregnancy.

Fluoroscopy are X-rays that make moving images of the body in real time. This imaging is
crucial for many procedures, especially those involving the gastrointestinal tract.

Nuclear medicine is short-acting radioactive substances that generate light from bodily
processes. A camera collects the light, so a computer can process it and develop an image.
This specialty is far reaching in the medical field. It is essential for almost every sector of health
care, including surgery, pediatrics, obstetrics, cancer-care, trauma-response, emergency
medicine, infectious disease and much more.

A radiologist is a specialist doctor who uses medical imaging such as x-ray, MRI, CT, ultrasound
and angiography, to diagnose and treat human disease or injury.

Radiologists work as part of a clinical team to aid other doctors and health professionals in
choosing appropriate imaging tests for their patients that balance the benefits against the risks,
with a particular focus on preventing unnecessary ionizing radiation exposure.

There are various types of radiologists but there are broadly classified as being ‘diagnostic’ or
‘interventional’, although the groups are not mutually exclusive with a large degree of overlap.

There are also veterinary radiologists usually veterinary surgeons or vets that have sub-
specialised in radiology.

After Dark With Alex Thompson

For the Love of Food: Pier One Restaurant

In the Name of Religion

What is a PH diet?