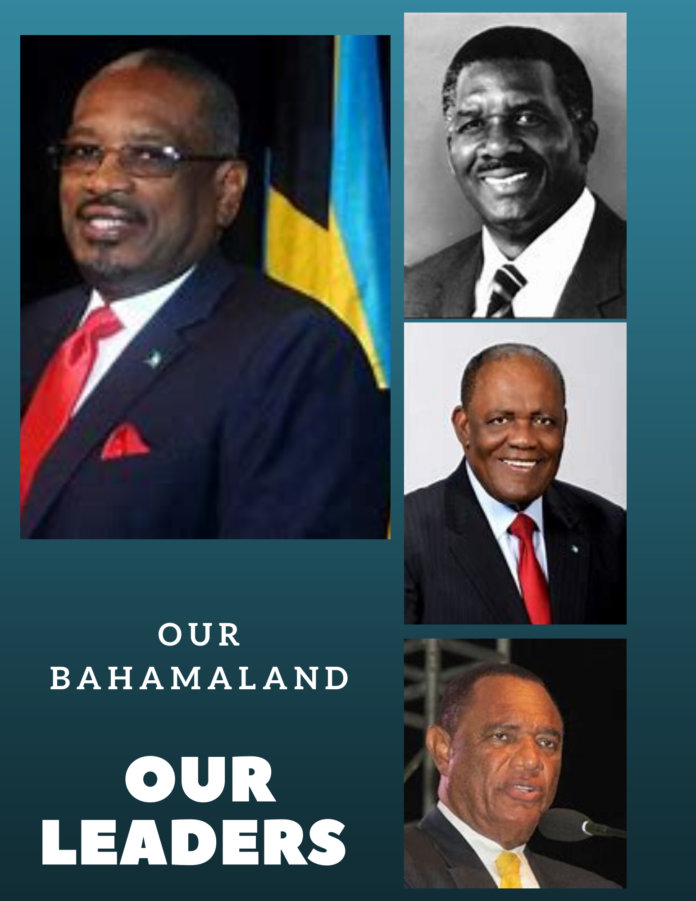 Everyone is an expert in political science in The Bahamas. As the economy reopens and we’re all in social settings again, listen to the favorite topic of discussion among waitresses, bartenders, clergy, taxi-drivers, entry level civil servants, business owners, the unemployed, bush mechanics, hoteliers, straw vendors, and Cindy Patrice Daxon. Turn on the radio in your cars throughout the day, tune into Rodney Moncur on ILTV at 4pm, and check out social media: politics, politics, and more politics.

It has been an active part of my own life from I was six years old. I’ve witnessed a lot, and learned ever so much more. I understand the mood of the Bahamian electorate, can sense a victory or loss a mile away, and if probed, can probably direct which way we ought to go as a people and nation, in my sleep. Yet, talkin’ politics, is one of my least favorite pass times.

Needless to say, with difficulties already abounding, the people of The Bahamas, and its troubled economy will have to pull off nothing short of a miracle to sustain itself over the foreseeable future.

A talk-finance European writer is noted in a recent article as saying, “There is no influx of tourists, no cruise ships on the horizon, no business jets in the sky. The local ministry of tourism spends fortunes on international PR. The message is, oversimplified, that everything will return back to normal. That some easing is already in place and soon the islands will be opened for luxurious yachts and private jets. Then cruise ships will follow. And the regular Joe too. No, it wouldn’t. COVID outbreak is not a significant event on a planetary scale. The reaction on it, or perhaps and overreaction, is more important. The cruise lines are suspended at least until October. The travel restrictions are harsh. The impact of the COVID-19 is devastating and spreading. Serious crisis is ahead of Bahamas. It will not resolve himself.”

This is the general international sentiment when it comes to The Bahamas and the Caribbean at large. We built our stability on two pillars, tourism and offshore banking. Our financial services sector was already under added pressure from oppressive international regulatory bodies, who are in the habit now of bullying smaller nations. And Hurricane Dorian had further retarded the struggling business and tourism environment of Grand Bahama, while completely devastating the once robust second-home and private jet markets in Abaco.

The human fallout from Dorian, which remains incalculable although confined to our two most northerly islands, was a horrific indicator of our country’s inability to rebound swiftly from disasters, compounded by the uncertainty of governance.

COVID-19, cases of which were treated on New Providence, Grand Bahama, and Bimini, caused the entire shut down of the full Bahamian economy for weeks. It has been like Dorian on steroids for our main economic pillars.

And it was an eye-opener with respect to our over-dependence on imports, and our inability to feed ourselves. Not even the most experienced and brilliant financial minds can predict with certainty, how long it will take to feel meaningful recovery by way of the Bahamian economy, especially with the opening of our borders led to a second wave of the Corona virus. It’s just an unpleasant reality check.

However, there are silver linings they say, in every dark cloud. It has now been made abundantly clear that we must turn inward for a manufacturing explosion, producing more of our needs to retain more of our spending dollars. And, there must be an explosion in agriculture and food production because food security is national security, and if Bahamians have been importing a billion dollars in food imports, it indicates a home grown market which could be highly lucrative while ensuring that the 100,000 Bahamians who are struggling daily to eat, may not go as hungry ever again.

We need not go any further in the grim painting of the Bahamian economy and the challenges which can lead to opportunities. The real issue to be addressed is what kind of leadership do we need to maneuver these tumultuous times, and how can we be sure that Bahamians will make the right choices in the next general elections, which are just around the bend?

It would be unfair to grade the Minnis administration. They came into power under creating suspicion over the former administration’s stewardship of the economy. “Where the VAT money gone?” was the switch with which they cut the PLP’s behind, straight out of office. We can now ask the same of them as they hiked VAT dramatically, not long after being elected.

If the public relations team of the opposition can get the electorate, (a sensational one I might add) emotionally perturbed with the governing party, we can certainly expect a change in government at the very next convening of the polls. This behavioral pattern of Bahamian voters has led to indescribable instability, and lack of continuity, as administrations have changed every 5 years since 2002. But that is the function of democracy. It calls for the creation and or strengthening of institutions which can continue to function efficiently no matter who is in power.

So who should lead us next? Should we for the sake of continuity stick with the FNM, however under the leadership of a less egotistical, more dynamic, decisive, and compassionate personality. Or how about the Brave Davis led PLP attempting to rebrand itself? Here again, should the power of the people begin to agitate for a generational shift within the organization which was established to be the Party of the people? The other option is voting for a slew of independents or new third party principled men and women, who cannot identify any longer with the status quo?

Australia’s Prime Minister Scott Morrison emerged as the poster child for what good governance looks like during a pandemic or time of national crises. Facing 6900 cases of the virus, he not only acted decisively with bold initiatives but he invited the opposition to form a cross partisan approach to confronting Corona. He was generally successful and working as a unified team reduced unnecessary conflicting energy on a political level, thereby concentrating all efforts toward the national interest.

Our next Prime Minister, whomever he or she may be, must be able to set aside ego and partisan political interests for the greater good in times of national trial.

Singapore, Rwanda, the United Emirates, while all of them have strict religious and socio-political dynamics, have shown how to make something of nothing and chaos, with an outrageously impossible infrastructural and development plan, and the enforcement of policies which instill discipline among their people.

We do not want Bahamians to be outrageously fined or imprisoned for spitting out gum on a sidewalk or littering the beach but we must find humane ways to develop pride in our country. This must be done alongside a short, medium, and long term strategy, which openly attracts the participation of foreign investment but as part of a Bahamian developmental investment strategy which lays out potential investment plans and ideas from West End to Matthew Town.

Our next Prime Minister cannot continue to be reactionary. He or she must envision the magic of a new thriving Bahamian economy, which stands as the jewel of the Caribbean, and the gateway to the region.

Finally, our next Prime Minister has to possess the innate ability to inspire the ordinary majority. We have all become too dependent on the government to assist us with basic necessities, or the foreign investor to supply us with jobs. And when the public purse is tightened or the foreign investor’s bottom line forces closure, we are debilitated, not just by poverty and job-loss but by dashed feelings of entitlement.

We need to enter a period of ingenuity, entrepreneurship, and empowerment from the ground up. And the thing about Bahamians is, if steered in the right direction and given the right support, they’ll take the entrepreneurial ball and run with it. They just need that divinely endowed leader who believes in them, and to an extent, the impossible, to point the way forward, with conviction and faith.

There you have it, when we vote next time we can’t do so out of emotions alone. We must have high expectations from those who enter our homes with their partisan manifestos devoted to leadership which represents their dreams and aspirations. They must reflect their Party values and leadership acumen, not just kiss babies and old people and hand out groceries.

We’re in need of bold new vision throughout Party ranks. And our next Prime Minister must lead from example. He/She must be a consensus builder and national unifier.

He/She must bear a creative genius that can cause the rebuilding of a sustainable Bahamas capable of flourishing even in uncertainty, driven from the inside out. And he/she must be able to articulate the way forward, inspiring the maximum participation of Bahamians, ready to secure a bright future for the next generations of Bahamians.

Are all Bahamians willing to do our part by electing the right leaders? Time will tell!

Colonialism and a Christian Nation

Electricity for East End finally a priority for GBPC