Home Editorial What does Black Tuesday look like to you? 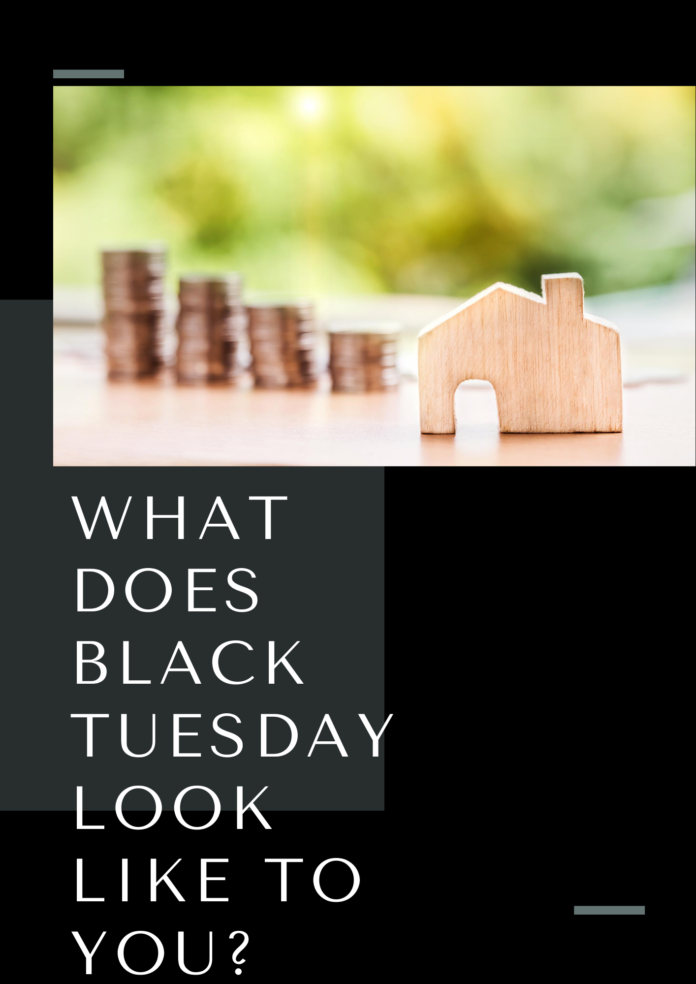 On Friday past (August 7), word of the passing of Bahamian freedom matriarch, Ms. Effie Walkes, spread across the archipelago. Many of an understandably distracted populace, probably had no idea who she was. She lived a life without sufficient gratitude. It wasn’t until she died that we heard leaders, former and present, of the Progressive Liberal Party, thank her for the role she played in inspiring drastic measures which led to Black Tuesday. April 27, 1965 is the day that Sir Lynden gave an impassioned and memorable contribution to the House of Assembly about gerrymandering and then threw the Speaker’s Mace out of the window of the upper chambers with the exclamation that the “Mace was the symbol of power …. Power belonged to the people … and the people were outside.” Black Tuesday might not have been if the only woman in the planning sessions did not speak up for action.

Ironically, the Tuesday after her death (August 11) was also significant for multiple reasons. It had nothing to do with what seemed to be insignificant international news that Prime Minister Keith Rowley held on for a second term in Trinidad and Tobago. While disappointment loomed in many quarters, few were moved by the fate of Opposition Leader Kamla Persad-Bissessar. No! By late afternoon, the whole world had learned of American Democratic Leader, Joe Biden’s Vice Presidential pick, Kamala Harris. Even here in The Bahamas, the excitement swirled about as though Bahamians could vote in the next U.S. Elections. Nonetheless, many were proud that the African American of Jamaican and Indian descent had become the first woman, with such a diverse genealogy to be named to that candidacy.

Almost simultaneously, social media and then traditional media reported that the Sir Cecil Wallace-Whitfield Office, home to the Ministry of Finance, and the Office of the Prime Minister, had to be temporarily closed for deep cleansing and disinfecting methods. It seems staffers there, inclusive of the Competent Authority, the Most Honorable Prime Minister, and his Deputy, were potentially exposed to the corona virus. The news inflated anxiety levels and deflated hope as the number of infected Bahamians rose to just under 1000, and the extension of lockdowns seems certain.

We wish the Prime Minister well. And while we appreciate that being quarantined at home may further complicate his duties during this difficult time, he probably needs the quasi down-time. He has been under significant pressure between hurricane activity, a pandemic, dissension in the ranks, and the worst economic fallout of modern Bahamian history. What further complicates it all is that his administration seems explicitly demonstrative of Murphy’s Law – whatever can go wrong is going wrong. And they seem to have no recovery plan in sight.

As a result, Bahamians of all walks of life have grown impatient with this government. This is true for jurists like Dame Joan Sawyer, who handed the PLP over to an angry mob before their 2017 defeat, and now seems intent on doing far worse to Minnis and company. It is also true for the ordinary majority, many of whom are not inclined to be disciplined in COVID-19 protective measures, and are also caving emotionally to the hardship and uncertainty of present times. The sentimentality of this can be observed particularly over social media platforms which depict the Prime Minister as “anything but competent” through heartless and often time amusing memes.

Cynicism is so thick in the Bahamian ethos right now that young Bahamians have bought into the propaganda that a COVID vaccine is racist and demonic. And that a recent visit by Bill Gates could not have been a humanitarian visit but instead it was to “strike a deal” the rumor mill says, to make Bahamians “test cases for a micro chip laced vaccine being researched by Gates and his kind.” Lockdown seems to be messing with our minds. The conspiracy theory is fueled by media reports that wife of Bill Gates, Melinda Gates, called for Blacks to be vaccinated quickly. But what a USA Today online fact check article explained is that Mrs. Gates, speaking on the 13th of June in the heat of the response to the murder of George Floyd, conveyed that because a disproportionate number of Blacks are affected by or dying from the corona virus, African Americans should be considered a first tier group to receive a successful vaccine, right after health care workers. The article is quoted as saying,

Gates, in a Time magazine interview on the eve of global vaccine summit in early June, discussed how anti-racism protests following the death of George Floyd, an African American man, while in custody of Minneapolis police fits into health equity, especially with development of a COVID-19 vaccine.

“The first people that need this vaccine are the 60 million health care workers around the world. They deserve to get it before anybody else. Then you start tiering,” 24Live quoted Gates as saying in the Time story, written by Jamie Ducharme…..”

“… The Time interview did not quote Gates as saying Black people “must be” vaccinated after health workers. Asked who needs vaccines after health care workers, Gates told the magazine, “in the U.S., that would be Black people next, quite honestly, and many other people of color.”

This has fueled online debates among Bahamians of varying interests and varying educational and socio-economic backgrounds on the safety of vaccinations. This at a time when the second city in The Bahamas, Freeport, some days with the highest, other days with the second highest number of covid cases, has no current modern hospital facilities. This is a direct result some would say of the lingering role of colonialism or racism through economics in the commonwealth country. And an over dependence on tourism during a period of more frequent and intense storms, compounded by a global pandemic and the economic fall-out, has left the second most populated island of The Bahamas, with insufficient beds and equipment, and insufficient state of the art testing, evaluating, and treatment facilities.

Yet, young Bahamians on the blocks are sufficiently inclined enough geo-politically, to give consideration to the sly fox in the global arena. Russia says, just months into the pandemic that they now have a successful vaccine. U.S. Speaker of the House, Nancy Pelosi, this week, has also asked for recent intel on Russia’s potential influence on their Elections to be shared with the American People. Can this duplicitous role in the global medical arena be a distraction from more sinister schemes at play? We don’t know. Can it be that Vladimir Putin was advised to do “something drastic” as Effie Walkes once said, this time to sway the masses away from good conscience as the U.S. Elections approach? Only history will tell. What we do know is that on this Black Tuesday, 2020, CNN reported the following:

Moscow (CNN)Russian President Vladimir Putin announced the approval of a coronavirus vaccine for use on Tuesday, claiming it as a “world first,” amid continued concern and unanswered questions over its safety and effectiveness.

“A vaccine against coronavirus has been registered for the first time in the world this morning,” Putin said on state TV. “I know that it works quite effectively, it forms a stable immunity.”

Putin added that one of his daughters had already taken it; he said she had a slightly higher temperature after each dose, but that: “Now she feels well.”

Developed by the Moscow-based Gamaleya Institute, the vaccine has been named Sputnik-V… It has yet to go through crucial Phase 3 trials where it would be administered to thousands of people.

The claim of victory by Putin in the global push to make an effective vaccine against Covid-19 comes amid suggestions that Russia has cut essential corners in its development…..

… Kirill Dmitriev, head of the Russian Direct Investment Fund (RDIF), which is funding the vaccine research, said interest from other countries for over a billion doses of the vaccine had been received……”

“… Danny Altmann, Professor of Immunology at Imperial College London, told the Science Media Centre there were concerns about releasing a vaccine before it was fully tested.

“The bar is necessarily set very high for criteria that must be satisfied for approval after Phase 3 clinical trials,” Altmann said. “The collateral damage from release of any vaccine that was less than safe and effective would exacerbate our current problems insurmountably. I hope these criteria have been followed. We are all in this together.”

But Moscow has brushed off concerns about the vaccine’s safety.

“According to the results, the vaccine has shown high efficiency and safety. All volunteers developed high [tiers] of antibodies to Covid-19, while none of them showed serious complications of immunization,” Russian Health Minister Mikhail Murashko said.

Unfortunately, we’ll have to wait and see what this potential medical breakthrough, originally determined “not possible to be developed before early next year”, means for world governments and world citizens, anxious to contain the spread of Covid-19. And Bahamian citizens will be forced to decide at what point they will be willing to try the vaccine so as to return to some sense of normalcy and safety in the blurred lines of gray diplomacy – where we can’t tell our allies from our enemies, and our saviors from those trying to exterminate people of color.

In the meantime, here in The Bahamas we need a concrete economic recovery plan, urgently! And, we need leadership perhaps in the absence of leadership to cause all Bahamians to suffer in isolation for a while, even though it feels contrary to civil liberties. Whatever the constitutional arguments advanced by bored intellectuals, the fact is that by not containing this virus by any means necessary, we, Bahamians contribute to the stagnation in our personal and national lives. And until this collective effort is successful, we limit the resurgence of meaningful economic activity for our country. Prayerfully, this Black Tuesday, with the Prime Minister and his Deputy locked away as examples, Bahamians everywhere will grasp the seriousness of the moment. Power still belongs to the people, indeed. But we remain powerless if this virus continues to wreak havoc.

Colonialism and a Christian Nation

Economic Woes; Behind the Veil of Covid-19

Did Galleria owners use Hurricane Dorian as an excuse to close its doors?

Church, I hear you, but can’t see YOU!

The Privatization of BTC

COVID-19 testing efforts to be expanded by weekend