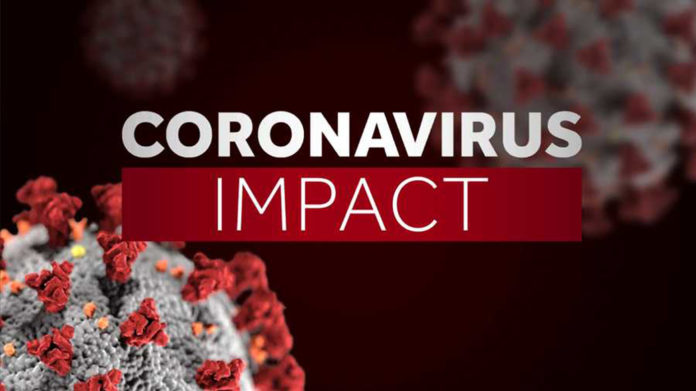 I never realized how annoying my kids could be, until the government forced me to spend days on lockdown with them, 24 hours a day.

The reality hit me so hard, it left me staggering, wondering how I could have missed such annoyance all of these years.  Was I so blinded to their shortcomings because I spent most of their years focusing on their cuteness, their smarts and on the fact that they’re growing up so quickly?

Having been forced to “stay at home” with my kids for over two weeks, because of the spread of COVID-19 has given me a different perspective on exactly who they are. And, admittedly, it also gave me insight into some aspects of myself – like how impatient I’ve become in my older years.

For the first few days, things worked out as planned. We had the most fun and all I could think to myself was this is great, I could do this for a long time. But after the first two weeks of lockdown and a million video games later, things changed.

I got up one morning and realized that the kids were not going to school and I suddenly felt sad. I would no longer have that alone time that usually takes place between the time the kids go off to school and I head off to work. By the time the kids awoke (around noon) my sadness turned into annoyance. They left the kitchen dirty, turned their rooms into a pigsty and spent all their time watching television, texting their friends and playing video games.

My annoyance turned into anger when I noticed that all of the food I had purchased from the store the week before, had disappeared. All of the snacks were gone, they drank a gallon of ice tea in one day, the three gallons of milk that were in the refrigerator disappeared and televisions were on a 24-hour cycle. In my mind, I could see those little dials on my electricity meter spinning out of control, costing me serious money.

It was like summer break in March, and I was pulling my hair out.

But unlike summer break which has a time limit, no one knows how long this lockdown and stay-at-home order is going to last. From the looks of things, schools will not be re-opening any time soon and businesses, stores and companies could be closed just as long.  So, no one knows how long we will have to live under these conditions.

In the meantime, I’m trying to find new places in my house in which to hide. I go into the bathroom and stay for long periods of time, even when I didn’t need to use the bathroom. One time I fell asleep on the bathroom floor, the cold tiles comforted me in a house that was hot and humid.

Several times I went outside to my car, got inside, turned on the ignition and the air condition and sat there, with the chair pushed back, listening to the radio. Those moments of “me time” would abruptly come to an end with the rap-tap of small hands-on my window and a small face staring at me through the glass mouthing the words, “I’m hungry.”

I was going out for drives, prepared to take a chance on being arrested for breaking curfew, all in an effort to get a break from my kids. I made more trips to the store than was necessary and had no problems touting the long lines to get into the store just to purchase a gallon of milk. Those were moments I savored because I knew as night fell, I would eventually be forced back into my confinement and the annoyance would jump on me the moment I walked back into the house.

Don’t get me wrong, I love my kids (although I can see how you would get the wrong impression), but there is something “unhealthy” with this predicament we find ourselves in. I say we because, believe it or not, as frustrated as I am about this “forced” arrangement, my kids are just as annoyed with me and I’ve become convinced they need a break from me as much as I need from them.

I knew that because my son basically said, “I miss going to school.” Or he would bluntly ask me, “daddy your work is not an essential service?” — Interpretation: “I need to get away from my annoying parents. So much so, that I would rather be in school.”

Before I’m castigated and viewed as a candidate for the “worst parent award,” I’m not alone. In fact, many parents all around the world who have had to be confined to their homes for days and weeks because of a COVID-19 lockdown, have all complained about the toll such confinement is taking on their relationship with their kids.

Parents, like me, are hiding out in vacant rooms in their homes, disappearing into the backyard or sitting in their cars, all in an effort to get a break. One man in Nassau called a radio talk show asking if the host knew of a place where he could take his kids for at least 30 minutes.

One woman tried to hide in her kitchen; another hid in a small washroom with the door closed. One man spent hours outside pretending to do mechanic work on his car and one woman in Grand Bahama admitted to calling the police station to see if she could sign up as a reservist so that she could become a part of the essential worker’s crew and get out of the house.

It’s amazing how our regular, everyday activities seem to unconsciously balance out our work and family lives. Going to our jobs, working out at a gym, exercising, going to a bar, hanging out at clubs, hanging out at a friend’s house and other such activities all help to give our lives balance.

So, we get to do these other things and then go home, spend time with our families, before tucking the kids in bed as they prepare for school the next day and we end our night lost in our time of television watching.

It all works out and everyone’s happy. But this forced confinement and having to spend almost 24 hours with our kids is having a negative toll.

Apparently, this confinement is also having a negative effect on husband/wife relationships. Some men, who are not used to being home until everyone in the house has gone to bed, suddenly find themselves “stuck” at home for long periods of time, with women they really don’t want to be around.

Women who are not used to their husbands being at home are unsure how to react. They don’t know what to say to them, considering the fact that their communication had been non-existent for years and the fact that these men were hardly home didn’t matter.

Bahamian Psychologist Sandra Dean-Patterson, and one of the founders of The Bahamas Crisis Center, during a recent interview on Behind the Headlines television show, admitted that since the stay at home order came into effect, the number of reports of domestic violence rose at an unprecedented rate.

“Some couples who never really spent time together and who suddenly find themselves around each other for hours, are unsure how to react,” Mrs. Patterson told host Clint Watson. “All of the weaknesses of a relationship that was hidden by their everyday lives were suddenly exposed and some people are responding very negatively.”

There have been so many jokes and memes circulating on social media about how many Bahamian men are stumped in trying to decide who they would spend time in lockdown with – their wives or their sweethearts.

For many couples, the threat of COVID-19 has forced two “strangers” to stay in a house, with no means of escape, except for the television, a computer or an Xbox One game console. According to some psychologists, this situation will end in one of two ways – either couples will use this time to revamp their relationships or it will destroy a shell of a relationship that had only existed for years.

While all of us would like this threat of COVID-19 to be over, some are more anxious than others. However, this forced time of aloneness can force reflection and hopefully bring about some self-examination.

As long as COVID-19 continues to spread, it seems as if I will be stuck home with this maddening cycle for a long, long time.

Hopefully, in the midst of the strenuous eventual economic fallout and the deaths of so many people as a result of this spreading disease, the stay-at-home orders and lockdown can lead to better relationships between husbands and wives and between parents and children.