Home Editorial Should Colonial Statues and Symbols Be Removed ? 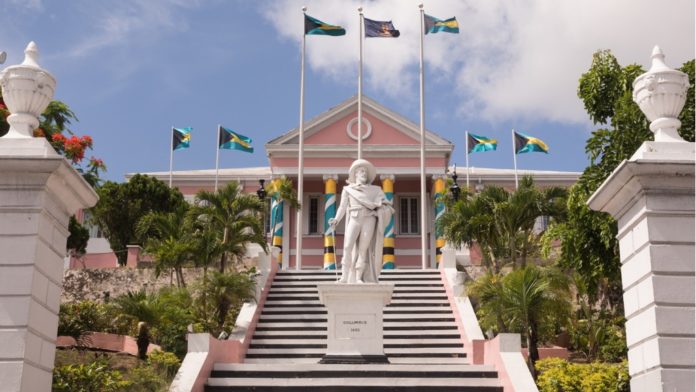 Eight minutes and forty-six seconds of injustice has sparked an international revolution, the likes of which we haven’t seen since the Black National Movements of the 1950s – 70’s. It was then that African American citizens protested for greater rights and freedoms, and inspired members of the African Diaspora across the Caribbean to seek Universal Suffrage, and National Independence from their Colonial masters.

In the midst of a global pandemic, forcing quarantines and lockdowns, mass layoffs and untold economic fall out, the world watched an American police officer, kneel on the neck of a Black unarmed man until he died, ignoring the man’s helpless plea that he couldn’t breathe, and a final call for his Mama. The African American community became instantly outraged, taking to the streets with protest in spite of the lingering dangers of COVID-19. It is true, that there was some burning of police precincts and other buildings, and even looting. In some U.S. cities subsequently, symbols of confederate days and slavery, were defaced and toppled. But for the most part, protests have been peaceful, multi-racial, supported by many legislators and police officers across the United States, and highly organized. They have also led to efforts for widespread amendments to policing acts, and State agreed removal of statues and other symbols which are offensive to people of color in America.

What has been similarly noteworthy is the fact that protests sparked by police brutality have made their way around the world with the unsuspecting support of cultures and nationalities never before imagined. In this moment, it appears as if the human spirit, beyond borders and nationalities, has risen in altruism and transcendent virtue to push us all to higher levels of justice and tolerance in direct correlation to how the corona virus has reduced us to basic human existence.

We have seen these rallies and protests erupt in Great Britain, Greece, Canada, Denmark, Turkey, Brazil, The Caribbean, South Africa, Germany, France, Syria, Australia, Spain, Italy and Japan, just to name a few. Lloyd’s of London and Greene King, two major British firms, have subsequently pledged to make payments to representatives of Black people to address their founders’ roles in the trans-Atlantic slave trade. And on the 19th of June many nations adopted a draft resolution “to further promote and protect the human rights and fundamental freedoms of Africans and people of African descent” by the United Nations Human Rights Committee. Just days ago, as an act of solidarity, Jamaica abolished the recognition of the historically esteemed British Honor System (Queen’s Honors) as another step towards breaking from its colonial past to celebrate its stronger Jamaican proud new heritage.

Now the question becomes, what should The Bahamas do as an expression of heightened acceptance that Black Lives really do Matter here and among its Black counterparts, internationally. Thanks to the decades long efforts of persons like Father Sebastian Campbell, Sen. Fred Mitchell, Sen. Yvette Turnquest and many others, the holiday recognizing Christopher Columbus was changed to National Heroes Day, Majority Rule Day was finally established, and a system of Bahamian National Honors was established, although the British Honors are still awarded annually. So should we move now to methodically remove statues and symbols which celebrate persons, colonial power, and or political regimes which were unkind or oppressive to other members of the fabric of Bahamian history and present society, in an attempt to “make right” the residue of historical wrongs in the development of this still developing archipelago?

A sad reality in the African American community throughout the United States, is the treatment of its own. This is particularly evident in urban centers and low income communities. While institutionalized disadvantages born of unsympathetic legislation and policies are real in healthcare, education, and affordable housing, statistics are also alarming when it comes to Black on Black crime, domestic and child abuse reports, and gang activity. What must be addressed in this moment then, is not just how others treat Black people but how we treat ourselves.

After fourteen years of fighting for majority rule in The Bahamas, which was attained in 1967, it wasn’t long after that comrades who fought shoulder to shoulder, splintered in solidarity and in partisan political affiliation. The tribal like nature between strong Black political leaders resulted in a two Party political atmosphere still alive today between the original Black Party and a relationship between principled Black dissidents prepared to align themselves with the once ruling elite. This was not the beginning of hostility among Blacks in The Bahamas. There are reports of violence between Black men in the dark of the night during the genesis of the artistic expression of Junkanoo. We must also be mindful of the historical disposition of Black tribes in Western Africa, the stronger of which brutally captured the weaker, and sold them to the White merchants engaged in the trans Atlantic Slave Trade.

The Northern Service of ZNS reported this week the story of Chreighton Moxey who made claims of police harassment during a traffic stop. In the same report, Chreighton reminded us of the beating of an innocent Black man in the Port Lucaya Market Place, by a plain clothed Black Police officer a few days ago. What Creighton and the other mentioned Black man experienced was a clash with power, which on the face of it had nothing to do with race. But the fact that police officers in The Bahamas would rarely exhibit that level of disrespect to White, wealthy, or socially mobile members of our communities suggests that to be young, Black, and male is also a danger in predominately Black communities where residual self hatred and the proverbial Black Crab Syndrome is still very alive. Until Black lives matter first and foremost to Black people everywhere, especially Black police officers, we cant be excessively upset about Black Lives mattering to other races.

Before we finally answer the question about the place of Columbus, Queen Elizabeth, and more recent faces of injustice, like Sir Roland Symonette, a passing white, and his racist colleague, Stafford Sands whose face is on our ten dollar bill, we have to address ourselves. We must confess and correct the conflict among ourselves – our involvement in political victimization, power clashes throughout the civil service of our governance, and day to day attitudes of self hatred at home, in our communities, and in general business habits.

It is easy to put on some tennis and protest with placards which say, “Black Lives Matter!” It is even easier to call for the removal of the vestiges of Columbus, and Colonialism. The real work however, especially in a time where tourism and private banking are under siege in a COVID induced world recession, is in the ability of predominately Black societies and countries to capitalize on a movement by emerging stronger, healthier, and wealthier. We must come alive in a deliberate and unapologetic commitment to Black Economics – where we spend our dollars with Black own businesses only for a while. We must also deliberately celebrate our victorious history, and diverse culture as acts of self love which can also be transformed into the currency of the creative industries. Emerging from the movement and this horrific moment of the corona virus and its assault on our collective belief and living systems, healthier and wealthier as a people is the best testament to the ideal that all Black Lives Matter. This ability to emerge resilient is the nature of Black people which proves that we are among the strongest of the species.

When a writer explores the story of a potential biographical figure, we are always tempted to only share the good parts. But a valuable story is not a fluffy obituary. None of us are a sum total of virtuous experiences only. Nations, like every human being, because they are made up of human beings, have good, bad, and ugly sin laced occurrences. What Columbus did to the Caribs and Arawaks throughout the Caribbean is unforgivable but he is credited with changing the course of history. It is the same as the horrible account of the American Indians at the hands of the progressive Europeans in search of conquering a new land, the 12.5 million Africans who were packed like sardines on ships and brought to the Americas as free labor, and citizens who had to fight for the right to vote, and still fight to be observed as fully equal, in capitalistic regimes not designed for its once free laborers to be full inheritors.

The opinion of faith is that we leave the bricks, mortar, concrete, and likeness of those who were unkind and unrepentant to the once weaker of our country’s historical development. If we are honest, we are still presently living the reality they were in search of. Leave them as constant reminders of what the human is capable of in his unhealthy quest for power and progress. But let us surround them with the Black Kates and Pompeys who helped to rid us of their cruelty. Surround them with the freedom fighters who caused unrest and organized strikes so that Bahamians could be paid fairer wages, and those who marched down Burma Road secured for the ordinary majority, the right to vote. Put towering Bronze statues of Effie Walkes, Janet Bostwick, and Cynthia Mother Pratt just above Queen Elizabeth, and one of Sir Randol Fawkes and Clifford Darling, alongside Columbus. So that the children of this generation can be told the full story of how, up from under the knee of historical injustice, the ordinary majority, who happen to be the descendants of slaves brought here against their will, overcame with straightened backs to become the authority of this country, and the rulers of their destiny.

Tell the story of The Bahamas with the statues and names of Bahamian iconic figures throughout the family Islands, so that inhabitants and visitors alike learn our great story of liberation. Overcoming evil is the majestic story of The Bahamas. We have survived much, and have maneuvered in an ingenious way the many points of adversity which have come our way. Our latest hurdles, Dorian and frequent hurricane activity, along with this global pandemic will demonstrate once again, that we always rise up more resilient than the time before. So let their concrete images stand where they remain, if only to scream in their silence, to government leaders, conscious citizenry, and the millions who travel here for business and leisure, that Black Lives don’t just matter, but they have a funny way of reducing trouble to physical testimonies of triumph.

Our Children and Covid-19

Prime Minister : We are in this fight together!