Home COVID-19 NEWS Prime Minister : We are in this fight together! 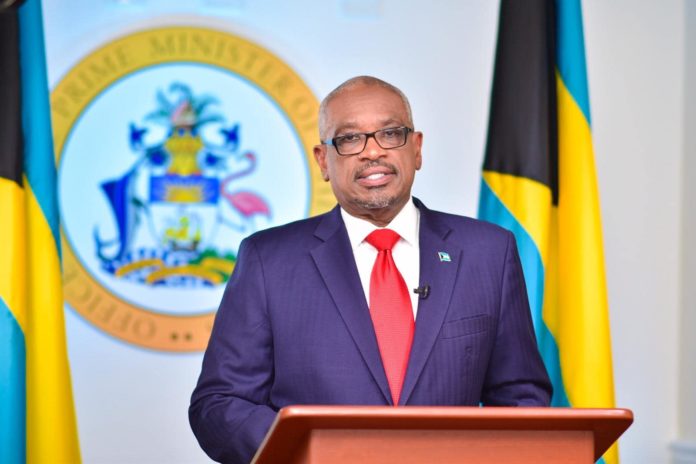 Prime Minister the Hon. Dr. Hubert Minnis discussed the country’s overall response to the COVID-19 pandemic on the path to a resolution, this deadly and contagious virus was designated as a novel coronavirus, meaning it was a new virus.

Such a novel or new virus meant that the peoples of the world, medical professionals and scientists, and governments and countries had to learn as quickly as possible as much as possible about this very dangerous virus.

The world began a massive and unprecedented global effort to create an effective vaccine, an effort that is ongoing.

“We had to look back in history at past pandemics to see how to respond to COVID-19.  We also had to look to new technologies and ideas, such as advanced contact tracing and modern diagnostics, to respond to a virus that spread around the world in approximately 100 days because of modern aviation and other modes of travel,” he said.

He added that the world has been in this pandemic for slightly less than a year.

“We are still learning about this virus and its long-term health effects,” he said.

At the beginning of the pandemic, most governments imposed similar measures such as mask wearing, curfews, lockdowns, contact tracing and physical distancing measures to limit the spread of the virus.

“Our first priority, my first priority and obligation, was to save lives and to protect our people, and that has not changed.  This is why we acted quickly and aggressively at the very beginning, even though we were very heavily criticized by some in this chamber for our initial emergency orders and actions,” he said.

The PM admitted that some of these critics said that the orders were unnecessary and too strong.

“Some in this chamber were slow to appreciate the dangers posed by this virus and the emergency measures that were needed,” he said.

Though they have been proven wrong over and over again, they have yet to acknowledge that we did what was right and timely in order to save lives.

He also took the opportunity to once again offer condolences to the families of those who have lost loved ones.

“Let us continue to pray for the recovery of those in hospital or at home, who are still struggling with COVID-19, including those with long-term health effects,” he said.

Prime Minister Minnis stated that he was pleased that The Bahamas was among the first countries in the world to require the wearing of masks, though even then, there were those who said we were unnecessarily restricting certain freedoms and who appeared to play down the severity of the looming pandemic.

He stated that the vast majority of Bahamians understood the need to care for themselves and for one another by adopting various lifesaving measures.

“Most Bahamians understood the need to be their brother’s and sister’s keepers.  They knew the diseases and its deadly effects were not partisan and did not wear political colors,” he said.

The Prime Minister also offered “fulsome praise” for all of those in our country who responded quickly and with a spirit of national unity, including those who put aside partisanship and reached for a higher national good and shared purpose.

“I am truly grateful that my training and years of experience as a medical doctor, helped me to appreciate the danger of this virus at the very beginning of the pandemic,” he said.

He also acknowledged his realization as prime minister that the country needed to continue to find a balance between the health, economic and social needs of our people.

“We knew it would not be easy finding such a balance, but that with the cooperation of as many Bahamians and residents as possible, we could confront this virus, better, together,” he said.

“It is a constant and ongoing balancing act,” he said.

Over the past seven months they; boosted our health care infrastructure to better respond to the virus; improved national testing; improved contact tracing; revised emergency orders as necessary; communicated constantly and regularly with the Bahamian people; provided unprecedented financial, economic and social assistance, especially to the most vulnerable; are feeding tens of thousands of Bahamians who hit hard times due to the economic effects of the pandemic, with the Government now spending approximately $1.3 million dollars every week; consulted widely with many stakeholders and the broader public; and provided specific plans in a number of areas related to the virus, including phased plans for the reopening of the economy and the upcoming plans from the Economic Recovery Committee.

“When we erred and made mistakes, we acknowledged them; we listened; we did better and we pledge to continue to do better. We are in this fight, together,” he said.