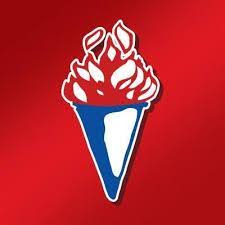 Looks like Kwasi Thompson is getting back into the political race.

Following an Association meeting on Friday evening, according to reports, the executives of the Free National Movement’s (FNM) East Grand Bahama Association voted to recommend Senator Kwasi Thompson as the party’s candidate for the constituency in the next general election.

While on the surface, this appears to be a decision made following a meeting of the executive branch, in reality, for some time now, Thompson had been tapped to go into East Grand Bahama.

Even before former Deputy Prime Minister, Peter Turnquest had resigned following a scandal involving his private business affairs, Thompson had expressed interest in getting back into the political field as a candidate. Back then, according to sources, he had his sights set on going back into Pineridge, a seat he held back in 2007.

But he was hesitant in making that decision, because according to the political climate, Pineridge was still an FNM seat, but it had become more of a Rev. Fredrick McAlpine seat, as many of the constituents became disillusioned with the FNM party.

So, Kwasi was left unsure of whether or not to pursue Pineridge, although he was sure that he wanted to run. After serving as Minister of State for Grand Bahama for over three years, there were questions as to why Thompson would want to take a chance and run for a seat, since he held a good position as the Minister of State.

“There’s no doubt that if the FNM won the next election, Kwasi would again be given the job as the Minister of State for Grand Bahama,” said a source within the FNM, who also worked closely with Thompson’s constituency office when he represented Pineridge.

“But I believe Kwasi wanted to not just be the Minister of State for Grand Bahama, but he also wants to be in the House of Assembly. Remember, you can make more money as an MP and a Cabinet Minister. I think that was the driving force for him willing to take that chance and put himself out there on the limb and risk being rejected. He is also thinking that if the FNM does not win the next election, he would definitely lose his job as Minister of State for Grand Bahama. But if he wins a seat, and the party loses overall, he could still have some income coming in as an MP.

“The guy’s thinking ahead, if you ask me.”

Even as discontent among voters in Pineridge grew towards the FNM, Thompson was still thinking about taking the risk of running.

But things changed when Turnquest was forced to resign as Deputy Prime Minister and Minister of State for Finance. It would be weeks later, as the party began to consider its candidates for the upcoming election, it was announced that Turnquest would not be considered as the candidate for East Grand Bahama, a constituency he had represented for eight years.

That seemingly opened a door of opportunity for Thompson.

It was apparent that Kwasi was being tapped as the Candidate for East Grand Bahama when Kwasi was spotted with the Prime Minister in East GB, during the PM’s recent visit to Grand Bahama. Although the PM toured projects in West, Central and East Grand Bahama, Thompson did not show up on the tour until the PM headed out East.

But that decision had already been made and the mere fact that Kwasi was right there on the side of Dr. Minnis as he toured East GB was a display of politics at work. So, it was not a surprise when the East End Association announced their support of Thompson as the next FNM candidate for East End.

Apparently, April Gow was said to have been interviewed as the possible candidate for East End. But Ms. Gow probably had no idea that the decision had already been made. It’s like those companies who advertise in the newspaper for a job position, all the while knowing who was going to get the job, even before the applications began pouring in for the advertised job.

April Gow didn’t have a chance.

“Kwasi feels more confident about winning in East End than he felt about Pineridge,” said the Compass source.

That confidence may lie in the fact that there are less people in East Grand Bahama than there were last election, because many people had to leave East End following the devastation of Hurricane Dorian in 2019, which destroyed many homes in the area.

In fact, records show that many of those individuals left those settlements in East GB and moved into Freeport or even as far away as West Grand Bahama, because they needed a place to stay after their homes had been washed away by the strong winds or flood waters of Dorian.

This is the first time that Thompson will be vying as a candidate in East Grand Bahama.

The move is a testament to the desperation being felt by both major political parties who are having a tough time finding suitable candidates to run in the next election. The FNM is still trying to find a candidate whom they feel confident can unseat McAlpine in Pineridge, who may run as an Independent.

Initially, the choice was between Thompson and Senator Jasmine Dareaus for Pineridge. But now there is not even talk that Dareaus is even being considered anymore. There is inside talks that the Prime Minister is mad at Senator Dareaus for making what he call “presumptuous” moves ahead of nomination.

Even the Progressive Liberal Party (PLP) is having a hard time finding candidates, having yet to announce any of its prospective candidates for any of the five seats in Grand Bahama. According to sources in both parties, there is a problem in finding suitable candidates because those whom they deem “right” for the job have no interest in being involved in politics.

While on the other hand, many of the people who are gung-ho on running, are not what the parties are looking for to represent their parties. And according to the PLP, they have a plethora of interested people who would like an opportunity to run as a candidate, yet, the party is having a hard time ratifying candidates to actually run.

The FNM has already announced that they have ratified Pakesai Parker-Edgecombe to run West Grand Bahama and Bimini; Iram Lewis for Central GB and Michael Pintard for Marco City. Now with Kwasi set to head out East, it only leaves Pineridge still awaiting the party’s announcement of its candidate.

Thus far, the FNM has ratified 25 candidates, including 19 incumbents so far.

Political Parties Have Cranked Up the Social Media Propaganda Machine

For the Love of Food: Pier One Restaurant