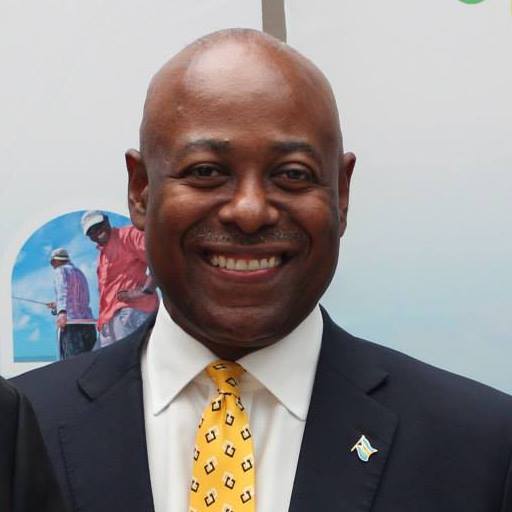 Some Progressive Liberal Party
(PLP) Insiders are accusing their leader, Philip “Brave” Davis of dividing a
party which he said he wanted so desperately to unite.

And many are wondering if the
party can actually move on from the kinks that led up to their Convention and
move on.

Their accusations come from the
back and forth between Party Chairman, Fred Mitchell and former Minister of
Tourism, Obie Wilchcombe, who were both vying for the Chairmanship of the
Party.

Supporters claim that the PLP leader’s
decision to publicly discourage anyone else from running for what was supposed
to be an opened position within the party during the convention, was against
all of the Party’s Convention rules and their by-laws on the whole.

When former Minister of Tourism,
Obie Wilchcombe announced his plans to run for the Chairmanship of the PLP,
some PLPs were excited, some were not and many were confused. Confused because
leader of the PLP, Philip Davis, had already announced in the media that there
would not be any challenges to the leadership team of the party that was
already in place.

Brave was the leader, Chester
Cooper was the Deputy Leader and Fred Mitchell was the Chairman and Davis
wanted to keep that team in place, explaining to the media and party supporters
that in order to present a united front, it was necessary for there to be no
challengers to those offices.

But Wilchcombe insisted on
running.

“To have the leader of our party
tell an aspiring politician, who by the way, has years of experience under his
belt, that he cannot contend for a position within the party during convention
is a slap in the face,” said one PLP Stalwart member, who didn’t want to give
her name for fear of repercussions.

“Obie had the right to decide to
run. For Brave to go publicly and announce that no one run for any post because
we keeping everything the same, is not even fair to the voting members. As far
as I know, no one came to me and asked my opinion. I heard about the leader’s
decision on the news, just like everyone else.”

The source said that to make
matters worse, Davis took to the news again and publicly announced that since
Obie insisted on running, he would let him know that he “cannot and he will not
win” the battle for Chairman of the party.

“Now that was cold,” the Stalwart
Member added. “That right there divided our party. As the leader, even if he
was thinking that, he shouldn’t have said that publicly, because right there it
presented a divided front and it went against what Brave said he wanted to
accomplish.”

Even Wilchcombe told reporters
that Davis was wrong for making such a statement to the public. Whatever
appearance of unification Davis wanted the public to see turned into questions
of just how deep the division is within the PLP.

Perhaps Obie’s insistence in
running for the Chairmanship of the PLP was not a coincidence.

There were deep-seated rumors
that former PLP Leader, Perry Christie was backing Wilchcombe and actually
“egging him on” to run for the Chairmanship post, in spite of what Brave had
suggested. Of course, it’s hard to substantiate such claims, because when it
comes to politics, rumors go beyond just gossip.

“I heard that suggestion, but I
don’t know about that,” said the Stalwart Member. “There are whispers going
around about Christie backing Obie. Even if that was true, I still feel that
democracy should have be carried out in the party.”

Obie insisted on running for Chairman,
and got perhaps the worst beating at the polls he’s ever received. Mitchell
blew out Obie in a landslide victory, clinching 802 votes, to Obie’s 338. It
would be the second time that Mitchell would defeat Wilchcombe for the same
post.

According to the Party’s
Convention Chairman, Michael Halkitis, there were about 1,600 delegates who had
turned out to cast their vote for the Chairman on the final day of the
convention, which was held in Nassau at the Melia Resort.

Leading up to the convention and
the inevitable vote for Chairman, social media was abuzz with memes about
Wilchcombe and suggestions that the former Minister was unfit to run for the
position of Chairman.

Some of the posts were cruel and
nasty. An indication of what’s to come in the next general election.

But what was even more disgusting
about the malicious social media posts was the fact that many people believe
they came from PLPs. Asked about that rumor, the PLP Stalwart refused to
comment, simply saying she never heard of it.

There were some who suggested
that Christie had plans for Obie once he got back inside of the Party. But then
again, those were just rumors.

The bigger question though that
arises, even as the PLP Convention closed and the party tries to move on, is
“could this be the end of Obie Wilchcombe’s political career?” As the delegates
danced and celebrated on that final night of the convention, there were some
questioning whether or not Wilchcombe will even get a nod for a candidacy in
the next general election.

According to PLP Insiders, some
PLPs are avoiding Wilchombe like the plaque and the dodging could become even
more prevalent as the general elections draw nearer.

But even in spite of the defeat,
Wilchcombe told the media that he’s still a PLP. It was seen as his lifeline
that he figuratively threw out to Davis, perhaps letting him know that there
was no hard feelings. But will Davis take the bait?

It’s like Pineridge MP, Fredrick
McApline who have constantly spoken out against his own party and his own
government, but who made it a point to always add “I am still an FNM”. It is
believed that maybe it has already been decided that come election time
McAlpine will not get a nod from the FNM.

Obie may find himself in the same
shoe. Has his PLP stock been so diminished that the party would be willing to
put him out to pasture? Although, there are some who are convinced that Obie is
the only one who can wrestle back the West End seat from present holder,
Pakesia Parker-Edgecombe.

In fact, a trip to West End and one
can still hear Obie Wilchcombe’s name reverberating in hushed tones among
residents. A lot of West End residents are still attached to Obie and some have
even suggested that in the last election they voted against Perry Christie and
not against Obie Wilchcombe.

But the recent defeat for
Chairmanship may have resulted in a change of heart among many PLPs and that
change could no doubt trickle down to the people of West End.

However, even newly elected Chairman,
Fred Mitchell is trying to refute the idea that Obie’s political career is
finished. He too is holding up the united front image for the general public.

After the vote on the final day
of the convention, Mitchell told reporters that although emotions had ran high
leading up to the election for Chairman, the party remains energized and
united.

“The contest has actually caused
a lot of energy and people are going away with a renewed sense of vigor about
the organization,” Mitchell said.

“One of the things that internal
opposition does is it helps you to define who you are, because you withstand
some pretty withering criticisms and you have to understand pretty firmly what
you are and what the organization is about. So, it’s been a healthy thing.”

Just how healthy, only time will
tell.

Although those on the outside
will not clearly see how deep the divide the comments and the contest have
brought to the party, it will all be revealed during the run up to the next
election.

Obie might decide himself that
his political career is over and will not even offer himself up as a candidate
in the next election. Or, he may feel he still has much to offer, or he may be
driven by the people in West End to run and if he throws his name in the hat,
how the PLP will respond will be the ultimate test of his value to the party.

“I believe that if Obie did not
make a run for the Chairman, then he would have definitely gotten a nod from
the Party at the next election, if he chose to run,” said the PLP Stalwart
Member.

“Not that I had a problem with
him running for the Chairmanship, because he had that right, but I know how
politics go and I know my party. Personally, I think Obie still has something
to offer in politics, but him going against the leader like that before the convention
could come back to bite him in the butt. But that’s just my thought.”

GBDRF, The Charitable Arm Of GBPA, Sources Furniture And Appliances For Distribution To Residents...