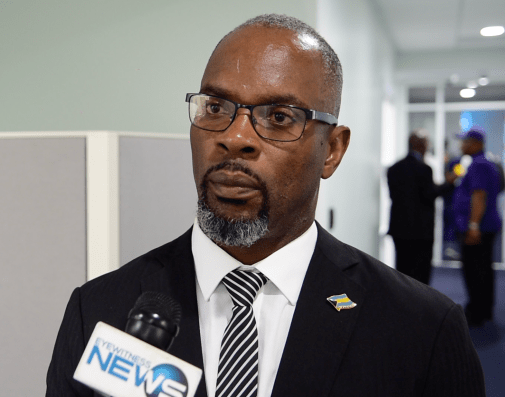 Minister of State for the Ministry of Disaster Preparedness, Management, and Reconstruction Hon. Iram Lewis has been appointed as substantive Minister of Youth, Sports and Culture, following the surprise resignation of Lanisha Rolle on Tuesday, February 23, 2021.

This marks the second Minister from Grand Bahama who has been asked to step up and take on more Cabinet responsibilities.

Lanisha’s acquiescence marks the fourth resignation of a Cabinet Minister in the Minnis Administration in the space of a little over two years. In July of 2019, former Minister of Financial Services, Trade and Industry and Minister of Immigration, Brent Symonette resigned amidst controversy regarding the government renting space in the Town Center Mall for the Post Office, in which Symonette’s family held ties.

Then in May of 2020, as the Bahamas was in the midst of the surge of the Covid-19 pandemic, Minister of Health, Dr. Duane Sands was forced to offer his resignation following a breach of Emergency Orders Protocols, when he met a private plane at the airport, carrying six American Permanent residents, who also had a supply of much needed Covid-19 PPEs and testing supplies.

Late last year (November, 2020) Deputy Prime Minister, K. Peter Turnquest was forced to resign following a scandal where the former East End MP was named in a Supreme Court lawsuit relating to an alleged $27 million fraud in a private company in which Turnquest was said to be a principal owner.

And now, Lanisha Rolle has been asked to tender her resignation, which, according to the Cabinet Office, was accepted by Prime Minister Dr. Hubert Minnis on Tuesday morning.

“Certain matters have been brought to the attention of the Prime Minister and are under investigation,” according to the Cabinet Office. “The Prime Minister thanks Ms. Rolle for her service.”

Of course, the Cabinet Office would not be specific about the alleged “certain matters”, however, our sources have revealed that Ms. Rolle’s forced resignation had something to do with financial misappropriation and the lack of work and progress within the Ministry of Youth and Sports over the past few years.

“I’m not saying that Ms. Rolle took any funds, because that’s not been confirmed as yet,” said our source, “however, the Ministry that she was in charge of is said to be broke. Their budget has been used up and its not even the end of a budget cycle. As the Minister, she could not explain that.

“Besides, when you consider that there have been no active sports taking place in the country since Covid-19 and the lockdowns, so how come the budget has been spent? In fact, a number of the workers at the Ministry of Youth and Sports were so idle, with nothing to do that they were sent to work as Covid-19 Ambassadors. That’s how bad it was. So, how in the world they could not account for their budget, if they had nothing to do pertaining to youth and sports?

“But it had to be something serious that gone down for the PM to accept Lanisha’s resignation, because the PM shuffled his Cabinet to ensure that she stayed in Cabinet.”

In 2018, Lanisha Rolle, who was the Minister for Social Services, was moved from that Ministry and into the Ministry of Youth, Sports and Culture, where Michael Pintard was the Minister. It forced the Prime Minister to shuffle his Cabinet only 14 months after taking office.

According to some reports and insider information at the Ministry of Social Services, when Ms. Rolle was the Minister, she allegedly disrespected employees and verbally castigated them. There was said to have been a loud cheer that went up when she was moved from Social Services.

And according to reports coming out of Nassau on Tuesday, there was a junkanoo rush out in celebration of Ms. Rolle’s resignation. Although, the Compass could not confirm the rush out and the alleged reason for the so-called junkanoo celebration.

With so many Cabinet Ministers falling by the wayside, executive branch members within the Free National Movement party is said to be “extremely” nervous as time draws near for the next general elections. Now, there are rumblings on whether or not Lanisha will be given the nod by the Prime Minister for the candidate for the Sea Breeze constituency.

However, Lanisha pointed out in her resignation statement that she will remain the MP for Sea Breeze at this time.