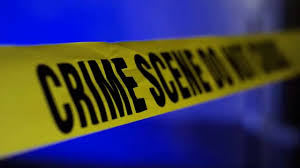 One man is dead and another is fighting for his life following two separate shooting incidents in Grand Bahama Monday night.

Meanwhile, police have issued a wanted poster for the man believed to be responsible for the country’s latest homicide.

Police say they were informed about the first shooting which occurred on Hilary Avenue shortly before 7:00 p.m., where reports say male was standing in front of a residence and was shot multiple times about the body by an occupant or occupants of a vehicle.

He was taken to the Rand Memorial Hospital via ambulance where he later succumbed to his injuries.

A short time later, police received information about another shooting shortly before 8:00 p.m., this time in Hawksbill, where a male was said to be standing in the area of Inagua Way when he was shot multiple times about the body by culprit(s) in a vehicle.

The victim was transported to the hospital via private vehicle where and, at last report, was listed in critical condition.

Police say they are aggressively investigating both matters and are appealing to the general public for assistance in locating 25-year-old Kevin Clinton Smith, aka “Blue” of #175 Bimini Place in Hawksbill.

He is described as standing at 5’6” tall, weighing 110 lbs. with dark brown complexion and is slim built.

Smith is considered armed and extremely dangerous and the police is asking anyone with any information that can assist in the investigation of both shootings to call 350-3106 through 12, 919 or 911 or your nearest police station.

Please do not approach, if seen you must contact the police at the Central Detective Unit at telephone 350-3106 through 12, 911 or 919 or call your nearest police station.

As always, the police is also asking anyone with information regarding any crime, no matter how small or insignificant the tip may seem, to remember that it can be done anonymously by calling 919 or Crime Stoppers at 328-TIPS (8477) in New Providence or 1-242-300-8477 from The Family Islands or the Central Detective Unit at 350-3106/12.