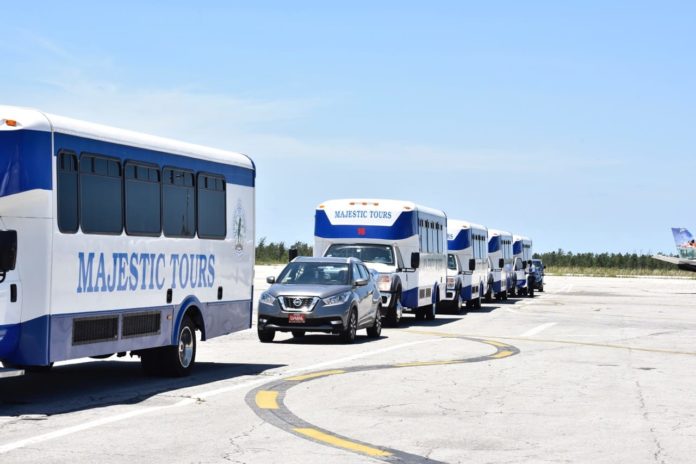 The man who reportedly tested positive for COVID-19, yet managed to board a flight last week transporting Bahamians back home from Florida during the border lockdown, has tested negative for the virus following a retest in The Bahamas, the Ministry of Health revealed late Tuesday.

However, ahead of this new information, Prime Minister Dr. Hubert Minnis directed the Ministry of Foreign Affairs to conduct an investigation into the circumstances surrounding the May 8th incident that led to the man being allowed to board the repatriation flight from Fort Lauderdale to Grand Bahama in contravention of established protocols.

The passenger was among the 183 Bahamians and residents back home Friday onboard Bahamasair after being stuck in the United States for weeks when The Bahamas closed its borders to combat the spread of the deadly novel coronavirus.

The prime minister revealed the disturbing turn of events during his address to the nation on Sunday and announced that, as a result, government was suspending the repatriation exercise until further notice.

Government had orchestrated two flights between New Providence and Grand Bahama on Friday in what is to be a phased-in exercise to bring hundreds of stranded Bahamians and residents back home.

“In response to the COVID-19 pandemic, most countries in the world closed international borders many weeks ago and have not allowed the general return of citizens and residents,” Prime Minister Minnis said.

Over the past several weeks, government paid for hotel accommodations and food for a number of Bahamians overseas who could not immediately return home and required assistance while awaiting their return home.

The COVID-19 positive man was reportedly among 51 passengers on that flight that touched down in Grand Bahama before transporting the remaining 44 passengers to New Providence.

“We are investigating to see how the individual was allowed to board that flight,” Prime Minister Minnis said.

The prime minister further revealed on Sunday that after it was discovered that the COVID-19 infected passenger was onboard the flight, the man and the three other passengers he travelled with were immediately tested on arrival in Grand Bahama and Ministry of Health officials were awaiting the results.

The COVID-19 passenger was tested twice by the Ministry of Health’s Surveillance Team, according to the release yesterday, with both test samples returning a negative result.

Prime Minister Minnis did reveal Sunday that all of the passengers wore Personal Protective Equipment, which decreased the risk of exposure to others and, according to the release late Tuesday night, Health officials are satisfied that the passenger did not pose a risk to the other passengers traveling on the same aircraft.

According to a Foreign Affairs release Tuesday morning, the prime minister had asked that the matter be treated with priority.

All matters surrounding the incident are expected to be reported to the Prime Minister on completion.

At last report, 124 of the 183 passengers are in-home quarantine and 59 are in government quarantine.

Up until the incident on Friday, The Bahamas was free of any new COVID-19 cases for four consecutive days with the count at 92. To-date, that number stands at 93, with an 88-year-old New Providence testing positive on Monday.

There are 73 cases in New Providence, eight in Grand Bahama, 11 in Bimini and one in Cat Cay. Eight people are hospitalized and there have been 11 deaths.

The fattest nation in the Caribbean

The Economics and the Future of the Bahamas