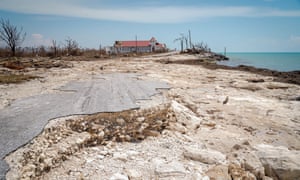 As the country commemorates the one-year anniversary of Hurricane Dorian the Office of the Prime Minister provided information on the steps made for economic progress that has been made since the storm’s passing.

Hurricane Dorian made landfall in The Bahamas on September 1st, 2019 ravaging the islands of Abaco and Grand Bahama. One year has passed since the powerful storm caused mass destruction our islands, claiming lives, homes and businesses. It is estimated that some locations in Grand Bahama experienced storm surges of over 20ft affecting some 400 businesses and between 8000-9000 homes.

While there is still much more to be done, the government has already made tremendous strides and continues every day in their efforts toward restoration.

Over the past year the government has continued working to rebuild the island’s business community.

The Small Business Development Center has disbursed over $3 million to assist over 113 micro and small businesses affected by Hurricane Dorian.

The largest amount of economic concessions in the country’s history was provided for Grand Bahama and Abaco which were declared Economic Recovery Zones. There were a record number of food items and construction items made duty and VAT free.

In addition, residents have been able to replace the many vehicles destroyed by Doreen, completely duty free. Concessions have been extended through the end of 2020.

Over the past year the government continued to support Bahamians who had lost their jobs and livelihoods due to the storm.

The Department of Social Services in Grand Bahama has to date disbursed over $1,798,693.00 in rent payments to landlords on behalf of Grand Bahamians and over $332,542.07 in vouchers were issued for the purchase of appliances and beds to assist residents displaced as a result of Hurricane Dorian.

To date, through The Disaster Reconstruction Authority’s Small Home Repair Program approximately 2,000 Grand Bahamians have been approved for assistance. Some $3,257,170 has been put directly into the hands of Bahamian companies and homes. Bahamian contractors received over $9 million for debris removal throughout the island since the hurricane.

Over the past year the government has also continued progressing major economic projects.

Prior to the passage of Hurricane Dorian, the Bahamas Government executed the Heads of Agreement with Carnival Corporation for the Development of a 100 million cruise port. In addition, following the passage of Hurricane Dorian, the Government also signed an Agreement for Sale for the Grand Lucayan and a Heads of Agreement with respect to a 200 million hotel and cruise port project with Royal Caribbean Cruise line and the ITM Group.

While both projects have been delayed because of Covid-19 both Developers have confirmed they are moving forward with the developments.

Economic Woes; Behind the Veil of Covid-19

McAlpine’s ‘Pinocchio’ comment could be last straw for FNM party