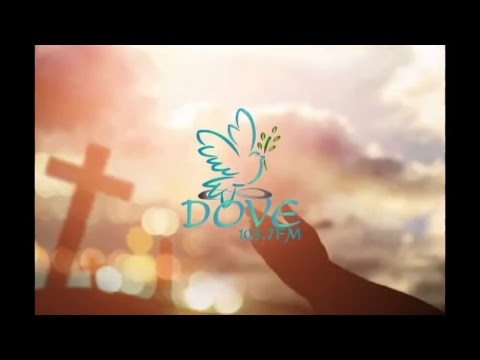 In the midst of the COVID-19 pandemic local businesses are taking the opportunity to come to the aid of residents of Grand Bahama.  Members of the public were welcome to hot meals and more courtesy of Dove Radio Station this past Thursday, September 3rd, 2020. Tevin Moore, Operations Manager at Dove, spoke about the event and its impact on the Grand Bahama community during an interview that afternoon.

Moore revealed that the concept for the giveaway came about the week before when a local woman called the station and expressed her need to give back to the community.

He explained that she needed some assistance after persons kept presenting her with funds and food items.

Shortly afterwards one of the station’s announcers Derek Stubbs suggested that they give out food the following week, subsequently the meal giveaway was established.

“Our goal was to give away three hundred and fifty hot meals, I think we’ve reached three twenty-five,” he said.

The distribution began at 11am that morning. Persons were given meals consisting of barbecue ribs, macaroni and cheese, and rice.

Moore furthered that there was no particular stipulations to distributing the meals but they would continue to give them out that day until everything was gone.

Persons donated up to 50 cases if water, ten cases of soda and boxes or rice crispy treats for the day.

The abundance of cooked food and drinks was supplied by several local companies and residents.

To this end, Moore then took the opportunity to thank the various sponsors who helped bring this initiative to fruition.

They include; Frank’s Ice Cream, D&P Landscaping, Better To Serve You, Smitty’s Restaurant, Patty Young, Diane Ingraham, Deborah Morris, Sacrifice Anthony Hutchison, GB Taxi Union, Jason Martin, Ms. Fraser of the Back Of Town area, Nesbit’s Rentals who donated the tents for the day, and Monique Colebrooke who donated backpacks along with some individuals.

Moore noted that the initiative was a testament to the strength and giving nature of Grand Bahamians who overall have been enduring the economic challenges caused by hurricane Dorian and the current COVID-19 pandemic.  Numerous residents lost their jobs because of the aforementioned events and find it difficult to support themselves and their families with each passing day.

Moore noted that many residents are afraid to admit they need help when they do and they should not be because so many others are able and willing to assist them.

“This is a great show of support because we really thought only three or four people would help us,” he said.

He revealed that although this is their first hot meal drive in five years, community service is not unfamiliar to Dove.

“The Mighty Oak Foundation which was started years ago before Dove, we would actually go to places like Martin Tow Primary and give out breakfast as much as we could,” he said.

He added that they also began a monthly food drive, where they would spend about $2,000 and purchase food items to distribute to members of the public.

“Sometimes assistance, if we don’t have groceries to give them,” he said.

Moore then advised those who want to lend a helping hand to do so if they are able.

He also expressed hopes that Dove can continue this initiative.

“If we can do it next week then I’d like that too,” he said.

Outten also made comments on his contribution to the initiative, stating that he is always open to helping others.

“Whenever something called giving back I always love because I realized that, hey, it’s better to give than to receive,” he said.

“Whenever I give its double for my trouble,” he said.

Outten noted that since the start of the pandemic, business operations have not been easy. However, he remains optimistic.

“The grace of God got me through,” he said.

He finally used this positive message to encourage other residents to keep going despite the current circumstances.

Prime Minister Promises Light at the End For Hotel

IMF is suggesting the Government introduce income and corporate tax