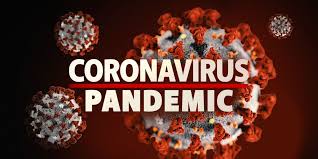 The Bahamas’ COVID-19 numbers continue to climb as three more residents in New Providence were added to the count along with two Inagua residents on Friday, pushing the record to 129.

As for the three new cases in New Providence, all women — a 50 year old, 34 year old and a 29 year old — health officials have their travel details listed as pending.

Both the 64 year old and 37-year-old male residents of Inagua have a history of travel but are said to be in isolation at a home in New Providence and have not yet returned to Inagua.

The other cases are also reportedly in isolation at home.

The Bahamas fully reopened its borders on July 1.

Some residents had feared doing so could lead to a second wave of cases as the United States, and more particularly Florida, and other countries grapple with alarmingly high surges in cases daily.

Prime Minister Dr. Hubert Minnis had cautioned residents against non-essential travel, the potentiality of infection and a new surge of the virus.

Grand Bahama is leading in the surge, having recorded 13 new cases in just over a week since. The three latest cases in Grand Bahama — a 45-year-old male, a 33-year-old male and an 84-year-old female — have no known recent history of travel.

With the spike in numbers, residents in Grand Bahama fear that that could mean a lockdown for the nation’s second city as evidenced with the flurry of activity and long lines since Tuesday at a number of the grocery and wholesale stores.

Health experts are concerned the spike could be as a result of residents becoming infected when traveling abroad and bringing the virus back home.

At last report, a 57-year-old woman in Grand Bahama was in hospital while the other Grand Bahama cases were said to be in isolation at home.

Before The Bahamas reopened its borders 17 days ago, Grand Bahama had gone 65 days without a new case.

Since then, a 20-year-old undocumented male who was handed over to Bahamas Immigration by the United States Coast Guard was among the first of the new cases.

The 20-odd other immigrants whom he was detained with at the C. A. Smith Building were tested and subsequently repatriated while the Immigration officers who came in contact with the migrants were placed in quarantine.

The C. A. Smith Building, a government complex, houses several other agencies, including Bahamas Customs, the Ministry of Education, the Passport Office and most recently the Ministry of Youth, Sports and Culture.

The complex was closed down for a few days and a local sanitization company was hired to carry out the deep cleaning of all agencies in the building.

As a result, Immigration officers are demanding recognition as frontline workers and to be provided benefits similar to doctors and nurses and Bahamas Customs and Immigration Allied Workers Union executives stressed that individuals should be quarantined in a secure facility other than the C. A. Smith Building when it comes to detainment.

A 46-year-old asymptomatic woman, who works as a manager at the Pizza Hut Mall location and had presented with a history of fatigue and fever and has no travel history was another case.

In a statement issued by Pizza Hut, evaluations were performed on some of 26 employees who may have had some interaction with her and it was determined that five of them needed to be quarantined.

That establishment was closed for sanitization purposes for a couple of days.

Additionally, a 32-year-old woman who works at a local government office became symptomatic on July 7 presented at the hospital with a fever, cough, cold and headache.

The building that houses that office and other government agencies and private institutions was also temporarily shut down.

The nation’s flag carrier, Bahamasair, also confirmed earlier this week that one of its flight attendants tested positive for COVID-19 and it was following established guidelines and protocols outlined by health officials.

As far as a lockdown for Grand Bahama, in an effort to get ahead of the surge, Dr. Frank Bartlett, Head of the COVID-19 Task Force in Grand Bahama, said there was not sufficient data to determine whether the cases represent clusters of infections or a second wave of community transmission.

He says more data and contact tracing will guide health officials on what steps to take next, including measures such as curfew and lockdown.

Since the borders reopened, Minister of Tourism and Aviation Dionisio D’Aguilar said nearly 100 visitors were stopped and deported upon arriving at Lynden Pindling International Airport (LPIA) as a result of wrong or outdated COVID-19 tests.

Officials are on high alert for suspected cases of fraud or tampering of documents as it relates to travel and COVID-19 tests.

After it was noticed one or two people were slipping in, Minister D’Aguilar said government has since tightened up its requirement and is confident that at least every single test is now going to be screened before someone is given approval to enter into the country.

Meanwhile, the island of Bimini has been given the “all clear” after coming out of a lengthy lockdown as a result of a serious spike in cases and a death some weeks ago.

It has been 59 days since Bimini has had a new case of the virus.

Bahamians and residents are being urged to continue to practice social distancing, wear masks when in public and adhere to the health and safety protocols.

To-date, there are 94 cases in New Providence, 21 in Grand Bahama, 13 in Bimini and one in Cat Cay.  Eleven people have died in The Bahamas as a result of COVID-19 and 2,567 have been tested.

In the meantime, Dr. Merceline Dahl-Regis, health consultant in the Office of the Prime Minister, is stepping down as head of the COVID-19 response coordinator.

Dahl-Regis was appointed in March, and had initially agreed to serve in the post until the end of June. She also agreed to extend her service, which will end shortly, the statement further read.

According to the statement, Dr. Dahl-Regis has put in place strategies, policies and procedures as it relates to managing COVID-19 and is confident in the team that will be led by Chief Medical Office Dr. Pearl McMillian.

The statement ended with Prime Minister Dr. Hubert Minnis thanked Dr. Dahl-Regis for her national service and is expected to have more to say on the matter in a national address on Sunday.

‘Down with the Lockdown’ video competition

The FNM is going after the PLP again, this time through the Sports Authority