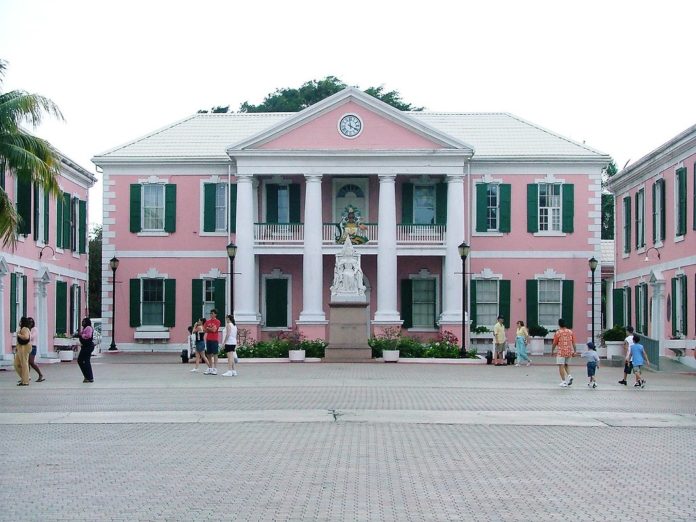 Friday, July 10th, 2020 commemorated 47 years of Bahamian Independence from British Rule. Although the British ruled for 325 years colonialism in this archipelago began centuries before William Sayle and his fellow Puritans landed on Eleuthera in 1649.

Colonialism is defined as control by one power over a dependent area or group of people and occurs when one nation subjugates another, conquering its population and often while forcing its own cultural values upon its people.

The first official reports of Colonialism in the Bahamas took place in 1492, Christopher Columbus made landfall in the on the island of San Salvador. When Columbus arrived he met about 40,000 Lucayans living there. The natives were consequently enslaved reportedly less than 30 years afterwards, all had died of diseases, and other factors of slavery.

Once the Eleutheran Adventurers settled in Eleuthera in the mid-1600s they brought their African slaves with them.

British rule was further cemented in The Bahamas when the loyalists migrated to the Bahamas in the 1780s and many of them also brought their slaves, slaves whose descendants would ultimately make up the majority of the Bahamian population.

The British slave trade was abolished in 1807 and in August 1834, British emancipation of slaves occurred throughout most of its colonies. Freedmen chose to work on their own small plots of land when possible.

July 10th, 1973 mark the official end of British rule in the Bahamas and with that the apparent end of colonization. It launched the beginning of a new era for the nation where the majority, which consisted of mostly African descendants, ruled. The country would move forward, upward, onward, together with the notion that every citizen mattered and had a voice from the former Prime Minister, the late Sir Lynden Oscar Pindling, down to the average working man and woman.

On that day the country was officially released from the rule of a foreign monarchy and became its own democracy where the people would be able to choose their own governing political bodies to improve their economic and social circumstances.

Forty-seven years later, the Bahamas continues to celebrate its independence and each occasion is punctuated by mass gatherings with organized showcases of performances, and fireworks that usher in another year for this relatively young country.

This one day is as highly regarded as any country’s independence anniversary holds such meaning to its people, when they view the fluttering aquamarine, black and gold flag being hoisted high with the March On Bahamaland national anthem being played loudly in the background.

This occasion represents freedom from oppression and colonial rule, however, the country’s parliamentary democratic system could be seen as a reflection of past colonization that may or may not be beneficial to its societal structure.

Although an independent member of the Commonwealth of Nations since 1973, the Bahamas retains the British monarch as its chief of state, represented in the Bahamas by an appointed governor general.

Today, Parliament is still regarded as the territory of the Queen, and when Elizabeth II dies, it will become the domain of her son, Charles.

The Constitution of the Bahamas is based on the Westminster Model; Her Majesty Queen Elizabeth II, The Executive Branch, The Legislative Branch, and Judicial Branch.

As a member of the Commonwealth of Nations The Bahamas recognizes Her Majesty Queen Elizabeth II as Head of State, the Governor-General is Her Majesty’s representative in The Bahamas and constitutes a symbol of the nation’s unity.

The Cabinet constitutes the executive branch and has general direction and control of the Government of The Bahamas. It is necessary for the Cabinet to comprise at least nine Ministers inclusive of the Prime Minister and Attorney General.

Parliament constitutes the Legislative branch of The Bahamas, which consist of a Senate and a House of Assembly. Subject to the provisions of the Constitution, Parliament may make laws for the peace, order and good government of The Bahamas.

Judicial Authority is vested in the Judicature which comprises the Supreme Court and the Court of Appeal with such jurisdiction, powers and authority as may be conferred on these Courts respectively by the Constitution or any other law.

Under the Constitution, Parliament may make laws for the peace and good government of the Bahamas.

Laws are generally enacted by Parliament in the following manner. A bill is introduced in the House of Assembly, read three times, debated, and, if passed, becomes an act. The act is read three times in the Senate and then sent to the governor general.

The governor general signs the act, which upon being published in the official journal of the government becomes a law. Bills may officially be introduced in either house of Parliament, except for money bills, which may only be introduced in the House of Assembly, and may be passed with or without amendment, subject to the agreement of both houses.

This structure begs the question if the fabric of this nation’s government exemplifies its former rulers’ own system, is that country truly independent?

In the article Assessing Westminster in the Caribbean: then and now by Norman Girvan (January 28th, 2015), he examines the structure within the Jamaican system of government, a country that was also colonized by the British.

Girvan explained that Westminster was an element in a package known as the Independence Pact in the British Caribbean. According to Girvan the pact was more about preservation of the status quo rather than a country’s independence.

Therefore, how can a country move forward in true independence when they are still abiding by the colonial laws, institutions and symbols of a system that once governed it? How does that system benefit a country it was not created for but rather forced upon?

The project’s Abstract stated that “early analyses drew mainly positive conclusions about the effectiveness of the Westminster model in producing stable democratic states in the region, in contrast to other ex-colonial states in Africa and Asia. But in the last two decades, the Caribbean has experienced radical changes which bring into question the optimistic assessments of the early scholarship.”

According to the project such changes included “globalization, the drugs trade, rising crime levels and the economic downturn are undermining the foundations of democracy in the Caribbean.”

This project alludes to questioning whether or not the system is still suitable for the changing socioeconomic climate in various Caribbean nations.

If that is the case, what other system could be implemented to rectify this.

According to the article King described the Westminster government as “a vestige of colonialism that creates a stratified society and does not allow true democracy to occur in Parliament”.

King was quoted saying that “The Westminster model as part of a larger ‘independence pact’ was designed to maintain the status quo in the English-speaking Caribbean and is responsible for the major challenges facing the Bahamas today.

The Movement advocated for a “broader conceptualization of sovereignty and calls for the invention of a new democracy.”

Adderley relayed that the party suggested implementing a new system of government, and the country will be divided into “districts” which would allow more participation.

Perhaps, the question is not whether the system still fits the current society but how the developing socioeconomic issues should be addressed and resolved to a point where the system is once again become effective.

GBDRF, The Charitable Arm Of GBPA, Sources Furniture And Appliances For Distribution To Residents...