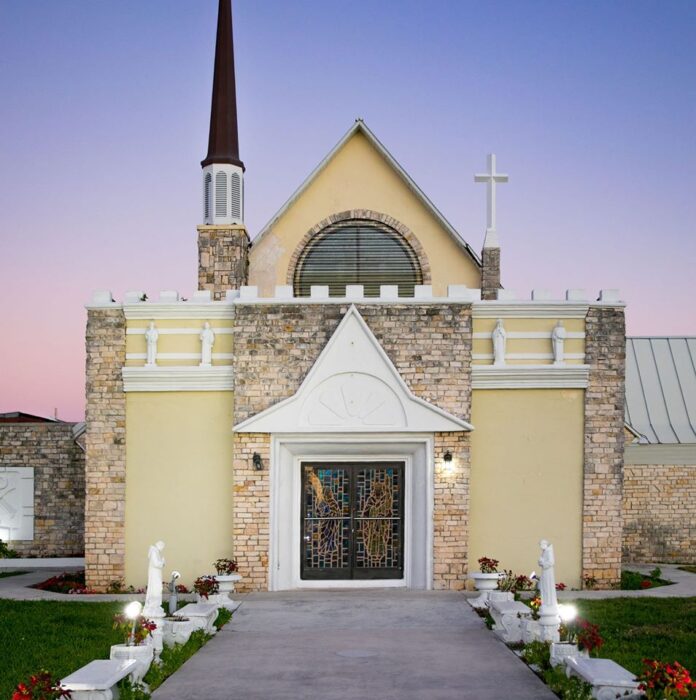 As citizens of a democratic society we all have the right to worship to whatever higher power gives us spiritual fulfillment and peace through its associating system of beliefs. This system is referred to as a religion.

Religion is formally defined as “a set of beliefs concerning the cause, nature, and purpose of the universe, especially when considered as the creation of a superhuman agency or agencies, usually involving devotional and ritual observances, and often containing a moral code governing the conduct of human affairs.”

There are many types of religions some of the most well-known being Buddhism, Christianity, Hinduism, Judaism, Islam.

Although in the Bahamas different religions are present one is dominant over them all, Christianity.

The Bahamas prides itself of being a Christian nation, with a moral standard and values that exemplify as such.

Christianity is entrenched in almost every part of Bahamian culture from Parliament to the education system and plays a major role in almost every special occasion and celebration.

Being a Christian in the Bahamas is almost a rite of passage and is as important to the Bahamian experience and identity as Junkanoo and Rake ‘N’ Scrape.

But where did this major aspect of Bahamian culture originate, and how did a European based religion become so essential to nation comprised of mostly African descendants in the first place?

The introduction of Christianity is often attributed to the arrival of European settlers who arrived in the Bahamas centuries before.

When the Eleutheran Adventurers settled in Eleuthera in the mid-1640s they not only brought their African slaves but their religious customs along with them which was fitting because the group of Puritans was reportedly in search of religious freedom.

Before the British settlers came to the Bahamas most of Europe worshipped under the Roman Catholic Church as it was the first major organized religion of England but things were changing. As time went on and King Henry VIII took offense to the rejection of his petition to divorce his wife, by the Pope of Roman, he created his own religion 1534 and named himself the head of a new British church, the Church of England.

Today that church is known as the Anglican Church. Another new religious movement was also developing before and after Henry called Protestantism. The name grew out from the protestors that opposed the great influence of the Catholic Church across Europe.

Attendance at service was mandatory and there was absolutely no decoration of any kind in church. They believed in wearing plain dress of mostly black. They believed in spending the day working hard and any free time should be spent studying the Bible.

Puritans felt they were being persecuted for their beliefs and wanted to find a new land, away from England, where they could practice their religion freely.

By 1642, in England, was in the midst of a civil war between the King and Parliament. The war started in 1642 and ended in 1649.   Parliament was worried about the King wanting England to become Catholic again.

As a result of the unrest in England, many had to worship in secret or, as some did, leave Europe altogether, to find religious freedom elsewhere, hence the settling of the Eleutheran Adventurers in the Bahamas.

The arrival of British loyalists who migrated to the Bahamas 1700s reinforced their religious influence.

During the time of colonization European settlers reportedly utilized the notion of spreading Christianity to the rest of the world as a moral mission.

In his book A History of Africa, scholar J.D. Fage describes the racially based logic of European intellectuals and missionaries saying: “Mid-and late-nineteenth-century Europeans were generally convinced that their Christian, scientific and industrial society was intrinsically far superior to anything that Africa had produced”(Fage 322).

Essentially Christianity facilitated Western governments justified the exploitation and conquest of African nations. In the poem The White Man’s Burden, poet Rudyard Kipling the lines, “Your new-caught sullen peoples, Half-devil and half-child” refer to the European belief that Africans were heathens, resigned to live a life of savagery.

They denounced the religious practices of Africans as witchcraft and heathenism, European nations sought to convert, and then exploit the indigenous peoples of Africa.

Colonizers left very little if any room for other religious options among their African slaves.

After the British slave trade was abolished in 1807 and in August 1834, British emancipation of slaves occurred throughout most of its colonies. July 10th, 1973 marked the official end of British rule in the Bahamas and with that the apparent end of colonization.

However, Christianity remained and became a staple of Bahamian living up to this day, the only difference is now, Bahamians have the ability and the right to choose whether they want to abide by its traditions or not.

Although most Bahamians choose the more traditional methods of worship and seem far removed from our ancestral roots it cannot be ignored that certain cultural practices are steeped in the people’s African ancestry.

The most common example of this is the Bahamian belief in bush medicine healing properties, which still used today along with western medicine.

That is just one of the instances that depict the duality in the Bahamian religious experience. In this duality the European colonial influence is widely embraced and rarely if ever denied and the African influence is sometimes embraced and often denied.

In Dr. Ian Bethel Bennett’s article Sitting with the Dead: “Medium,” a show of Bahamian Religion and Spirituality (December 4th, 2017) this concept is highlighted. He noted how Bahamians “have become consumed with scapegoating all African-derived religions as bad, evil, dark, black.”

After slavery was abolished freed black men and women were able to incorporate their innate spirituality with the religion that was taught to them, creating a new and interesting dynamic.

“The dynamism of Bahamian spirituality, it must be underscored, occurred in opposition to all efforts to control/kill it. Junkanoo, was, and perhaps, for some, remains a very spiritual practice.  Drumming, dancing, ‘gyrating’ can all be profoundly spiritual practices.

Yet, Exuma can still sing ‘Damn fool ya married to gallin” and explore the whole Obeah aspect of that tradition.  The dismissal and simultaneous embracing of spiritual is intriguing.”

This duality of Bahamian culture that is acknowledged but rarely discussed, nevertheless it is an integral aspect of what a Bahamian Christian nation truly entails.

Sleep Waves Of Witchcraft Are Real!

Where are the Nine