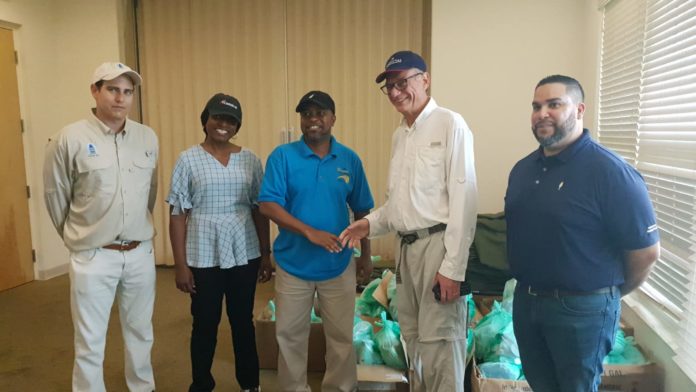 Carnival is doing its best to try and keep its promises to the Bahamian government.

The Company’s commitment to a $200 Million cruise Port in East End, is expected to be a prime investment for Carnival Corporation and according to executives, it is set to be one of the best, modern ports in the Caribbean, ever built by Carnival.

However, the longer the Covid-19 Pandemic persists, the harder it will become for the major cruise industry to “stick to its word”.

In fact, Michael Scott says that everything, including the renovation of the Lucayan Resort and the Cruise Port, has been put on hold.

Following the devastation by Hurricane Dorian on Grand Bahama, Giora Israel, senior vice-president of Carnival Corporation, was quick to find a way to get on to the island, where he announced before television cameras and news reporters, that Carnival was still committed to carrying out its project in Grand Bahama, in spite of the havoc which Dorian had unleashed on the island.

“As soon as is practically possible, we will finalize the paper work with the government and we want to do it here in Grand Bahama, with the Prime Minister, so that we can go to work. We remain committed to this project,” Israel told the Bahamian media.

At the time, the announcement had quelled many fears which lots of Grand Bahamians were feeling in the midst of so much uncertainty. Then when Carnival Cruise ships actually began returning to the island, it signaled that the Corporation’s promise of commitment was strong.

A viral contagion, which no one really paid that much attention to as it ravished China, suddenly became everyone’s problem by January of 2020. What started out as an outbreak in China, slowly became an epidemic in Asia and quickly became a pandemic for the entire world, as the virus found its way into every part of the globe.

The Bahamas, like many other countries around the world, was forced to shut down its borders and demand that residents stay at home. Businesses, companies, stores, restaurants, etc. were all forced to shut down for a period of time, in an effort to contain the virus.

The Bahamian tourism market took a heavy blow, as millions of possible visitors were all asked to “stay at home” and as borders around the world closed shut. The cruise industry took a severe blow because of Covid-19, as news cast after news cast flashed across television screens, with images of ships stranded in open water, as ports of call turned them away because they had infected persons on board.

While the Cruise Lines International Association (CLIA) reported in April (2020) that the vast majority of more than 270 cruise ship within the CLIA member fleet were not affected by Covid-19, fears about the idea of “being stuck on a cruise ship” has taken on new meaning.

The cruise industry was among the first major companies to suspend operation early in the spread of the virus. That suspension had a detrimental effect on the global economy, as the cruise industry generates more than $150 billion a year in global economic activity and supports over 1.17 million jobs worldwide.

The cruise industry had planned to resume sailing in September of this year, but as the virus continues to rage, that date will no doubt be pushed back. Individual cruise lines are setting their own dates to return. Carnival Cruise lines had announced (June, 2020) its plans to phase in cruise operations, starting with eight cruise ships in late August.

But even as cruise lines prepare to fight an uphill battle to return to the sea and to do so successfully, questions on whether or not Carnival will continue with its plans to build a major cruise port in East Grand Bahama continues to swirl.

“Plans are still underway to construct the cruise project in East Grand Bahama,” Prime Minister, Hubert Minnis said, during his address at the opening of the Fishing Hole Road Bridge, late June.

Minister for Grand Bahama, Senator Kwasi Thompson reiterated the Prime Minister’s remarks in recent speeches. However, since Covid-19, Carnival has not given any update on their plans for the East End cruise port.

It is believed that the company is waiting to see how long the covid-19 pandemic is going to last and what the final blow to its business will look like.

In the meantime, Nassau Cruise Port confirmed in June of this year that it is steaming ahead with the Prince George Wharf’s transformation, after raising $20 Million more than it needed from Bahamian and foreign investors.

Even Minister of Tourism, Dioniso D’Aguilar said that he was surprised at the funds raised.

“I was pleasantly surprised that even in these uncertain times, Nassau Cruise Port Lt. was able to go into the market, target $130m and exceed that,” D’Aguilar told the media recently. “This is how a public private partnership should be done, with the majority of funding generated by Bahamian investors, rather than coming from overseas sources.”

The cruise terminal operator and its controlling owner, Global Ports Holding, described the $284.3M overhaul of a gateway that currently welcomes 4.4 million passengers per year as a “definitely critical project” that cannot be delayed as they shrugged off the continuing fall-out and uncertainty caused by Covid-19.

The New Normal – Traveling During a Pandemic

You’ll see that it’s all about timing