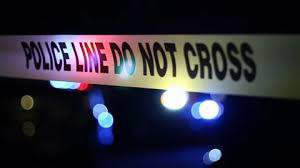 Police in Grand Bahama are investigating the alleged drowning after the body of a caucasion male was discovered on the beach early this morning.

Reports are that police were called to the Silver Point area shortly after 11:00 a.m. where they met the man’s lifeless body at the seashore.

Police say there were no visible signs of trauma to the body and foul play is not suspected at this time.

An autopsy will be performed to determine the exact cause of death.

If Dr. Duane Sands had remembered the past, he would have treaded more carefully