Home Religion A Shaking of the World 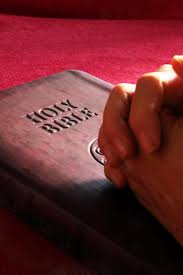 For weeks I’ve been saying that what we’re experiencing with the  Covid-19 Pandemic, is a SHAKING in the earth according to Scripture.

What I didn’t realized is that it was also meant for the CHURCH, as well. IF your life was built on your pastor, then you’re in deep trouble. IF your salvation is CONTINGENT or DEPENDENT upon a building, then you’re in FOR trouble!! Because now you have to learn how to seek God for yourself! You have to KNOW God for yourself according to John 17:1-3. But we have made it all about the pastors and church sanctuary, that many feel unsaved WITHOUT. Think about it for a minute, and let it set in!

IF God was so concerned about any particular structure erected by men. Then why did He allowed the Babylonians to destroy His magnificent Temple in Jerusalem in 586 B.C.?

I am in no way insinuating that we neglect the Church building, but I do want us to come to grips that WE are the Church according to Matthew 16:18. The Church building is good, but it’s not the end of the world if we can’t congregate. The first century church in Acts worshipped in one another’s houses. They witnessed more manifestations than we today with the chandeliers, and stained glass windows. They understood true Biblical Christianity was ALL about the Lord Jesus CHRIST. The Government isn’t holding the churches hostage at all. You can still do the church or outdoor services with a minimum of 10 persons. IF anything, we the church have held the pulpit from God with the adoration of preachers and prophets. When the glory should be directed to God, we’ve given it to man. We have people willing to die for a pastor, but don’t have a relationship with Jesus. Haggai foresaw what we are now going through I BELIEVE!!

THIS shaking spoken of by Haggai, and the writer of Hebrews is very much relevant for today. Let’s peruse through what these two books, and read what they have to say concerning the SHAKING!!

🏾FIRST of all the Hebrew word for “SHAKE” in Haggai is “naar”, which means “To move from firmness” “To weaken the stability of;” “To cause to waver. “

HAGGAI 2:6-7, ” For thus saith the LORD of hosts; Yet once, it is a little while, and _I will SHAKE the heavens, and the earth, and the sea, and the dry land.

And I will SHAKE all nations..”

HEBREWS 12:26, ” Whose voice then shook the earth: but now He hath promised, saying, Yet once more I SHAKE not the earth only, but

For of all this Covid-19 pandemic is to me, a FULFILMENT of this prophetic word through Haggai and the writer of Hebrews. They both spoke of a WORLDWIDE SHAKING, that is obviously going on from a socioeconomic perspective!! Businesses shutdowns! The Dow Jones is in chaos. The USA has had some 20.5 million jobs lost, which is a monolithic unemployment rate of 14.7% just this year ALONE!!. This is flirting with the GREAT DEPRESSION numbers back in 1929. Let’s break this down from Haggai, and put this into perspective from what I believe this mean;

🏾” I will SHAKE the heavens ” This refers prophetically to all of the major airline companies shutdowns. American Airlines, JetBlue, Delta, Bahamas Air, and a plethora of others ALL SHAKEN or GROUNDED. No travel in the heavens (Sky) via plane, nor jet because of the SHUTDOWN or SHAKING‼️

🏾” I will SHAKE the earth ” This pandemic has literally shutdown so many of the activities on earth. Major sporting events such as the Olympics, Wimbledon, NBA basketball, MLB baseball, and so forth. Even blasphemous Hollywood is feeling the wrath of God economically ‼️

🏾” I will SHAKE the sea ” This refers to a SHAKING in the Cruiselines industries such as Carnival, Royal Caribbean, Celebrities, Norwegian, Disney, Princess, Holland, MSC, Vikings, and many more. All of those companies have docked their respected vessels to date!! With this pandemic, businesses and corporations has taken an astronomical blow to it’s bottom line‼️

🏾” I will SHAKE the dry land ” This is obviously connected to the shaking of the earth. However, we have to now consider what is now happening with the CHURCH! I do believe according to the word of God, that the Church is being PRUNE, PURIFIED, SIFT, or SHAKEN.

The fiasco displayed by our leaders on social media was always in them. God is simply showing us what they always were, sad to say.

🏾Many had built their ministry platforms of gimmicks, and not the WORD OF GOD!! While nothing is wrong with dynamic praise and worship, pantomime, and Crusty the Clown. The bedrock of one’s ministry must be THE BIBLE. The focal point must be Christological, and saturated with God according to John 12:32. You cannot build a ministry SOLELY on prophesying, with little to NO Biblical basis. Your prophecy or what you claim God said to you is SUBJECTIVE to anyone, and not OBJECTIVE!! While I believe in the prophetic, yet it isn’t a foundation to build one’s life on.

The Bible is God’s inerrant word, and NO other word can be added to it. The CANON of Scripture has ceased, meaning that what we have in those 66 volumes are FINAL!!

🏾The closing of the Church BUILDING isn’t foreign to God, nor to His people. My belief is that God permitted the church buildings to close down, because of the unscrupulous actions within the Churches. Charging for conferences, pricing for prayers, monetary seed to get a PROPHETIC word, and other commercializing that took place. Isaiah 56:7, ” My house shall be a house of prayer for all the nation. ” Isaiah 55:1 beckons us to come WITHOUT money. Again, my post is on no way implying that we shouldn’t give to the work of the Lord. It is, however a REBUTTAL against the commercializing and profiting of the word of God. Hence, God through Covid-19 is purging His house and separating what is IMPURE from PURE, FAKE from REAL, and so forth. I could go on and on with what is taking place, but time and space won’t allow me to. Message me at keithevans242@gmail.com or kenazevans242@gmail.com.

The peace of God comes when we eliminate anxiety

Welcome to the Age of digital discipline